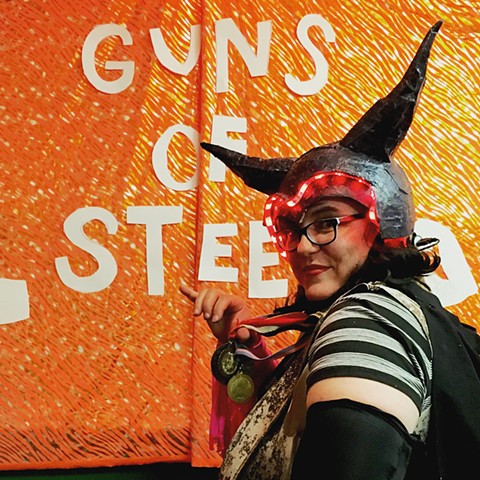 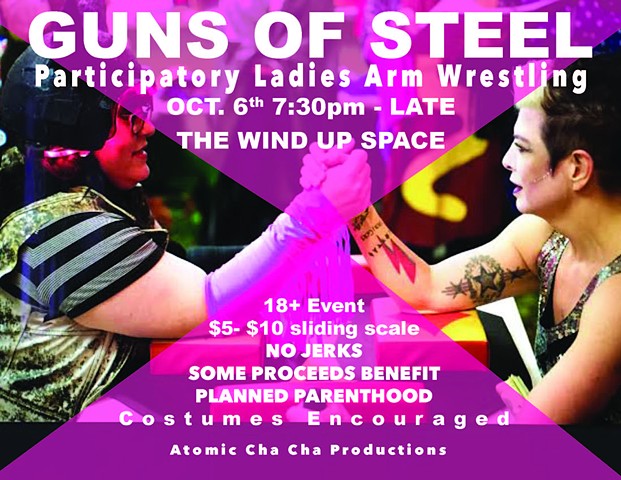 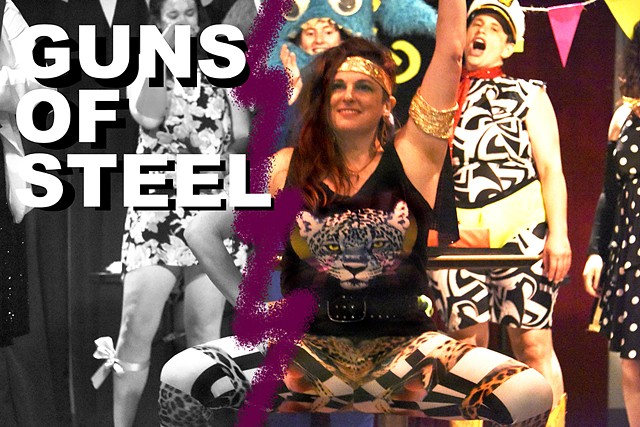 "Guns of Steel", 2017-present, a participatory female identifying and non-binary arm wrestling event at various public venues in Baltimore. Collaborating with fellow artist Sarah (Cha Cha) Magida, we formed Atomic Cha Cha Productions. Together we put on arm wrestling competitions with volunteer participants. We supply costumes, prizes and an exciting and fun event that celebrates female diversity and strength. As a former arm wrestling champion, I train participants prior to the event and referee as my character "Atomica". We had three Guns of Steel events in 2018 and are expanding in 2019 with musical and half time acts in Reno for the “Volcanoes” art show at Holland Art Projects on June 7th and a benefit show for Baltimore Cease Fire at Blue Pitt BBQ on June 13th.